Non-fiction at its finest!  Best read in short bursts to let the stories wash over you and sink in.

I went into this without knowing anything about The Moth.  I have since done some research…
The Moth is basically SLAM storytelling, which is super cool.  They have SLAM competitions and other live events.  It seems crazy cool and I would LOVE to attend an event.  The book seems a little odd to me because the storytelling is a performance.  To have it written down seems to defeat the purpose of The Moth.  Despite that fact, I greatly enjoyed the book.  Some of the stories completely dance off the page and come alive before your eyes.

The stories were selected from tales told on the Live Moth Stage.  They were adapted to fit this form of media and all share a common theme: facing the unknown.

I’m not going to lie, I chose this because the foreword is written by Neil Gaiman.  But boy, I am glad I picked it up.  Each story makes you think or feel something different.  They’re incredible.

If you were hesitating about picking this up, don’t.  Read it.  I promise, you won’t regret it.

Thank you, Blogging for Books, for sending me a copy in exchange for an honest review.

Roseblood is a retelling of Leroux’s haunting Phantom of the Opera.  Rune Germain left everything behind to attend a music conservatory outside of Paris in hopes that she’ll overcome her compulsion to sing opera.  The opera house in which is school is located is famed to have ties to the novel by Leroux.  She soon befriends Thorn, the mysterious violinist, who helps her understand more about herself.  As their connection gets stronger, the danger surrounding them grows.

END_OF_DOCUMENT_TOKEN_TO_BE_REPLACED

When Autumn Collins finds herself accidentally locked in the library for an entire weekend, she doesn’t think things could get any worse. But that’s before she realizes that Dax Miller is locked in with her. Autumn doesn’t know much about Dax except that he’s trouble. Between the rumors about the fight he was in (and that brief stint in juvie that followed it) and his reputation as a loner, he’s not exactly the ideal person to be stuck with. Still, she just keeps reminding herself that it is only a matter of time before Jeff, her almost-boyfriend, realizes he left her in the library and comes to rescue her.
Only he doesn’t come. No one does.
Instead it becomes clear that Autumn is going to have to spend the next couple of days living off vending-machine food and making conversation with a boy who clearly wants nothing to do with her. Except there is more to Dax than meets the eye. As he and Autumn first grudgingly, and then not so grudgingly, open up to each other, Autumn is struck by their surprising connection. But can their feelings for each other survive once the weekend is over and Autumn’s old life, and old love interest, threaten to pull her from Dax’s side?

END_OF_DOCUMENT_TOKEN_TO_BE_REPLACED

And once you start demonizing groups of people, when you make the other, you can justify doing just about anything you want to them, can’t you?  Look at history if you don’t believe me.

Salem’s chief of police, John Rafferty, now married to gifted lace reader Towner Whitney, investigates a 25-year-old triple homicide dubbed “The Goddess Murders,” in which three young women, all descended from accused Salem witches, were slashed one Halloween night. Aided by Callie Cahill, the daughter of one of the victims who has returned to town, Rafferty begins to uncover a dark chapter in Salem’s past. Callie, who has always been gifted with premonitions, begins to struggle with visions she doesn’t quite understand and an attraction to a man who has unknown connections to her mother’s murder. Neither believes that the main suspect, Rose Whelan, respected local historian and sometime-aunt to Callie, is guilty of murder or witchcraft. But exonerating Rose might mean crossing paths with a dangerous force. Were the women victims of an all-too-human vengeance, or was the devil raised in Salem that night? And if they cannot discover what truly happened, will evil rise again? (Summary from Goodreads)

END_OF_DOCUMENT_TOKEN_TO_BE_REPLACED

Adapted from Chimamanda Ngozi Adichie’s TEDx talk. This powerful essay explores feminism and a woman’s journey.  You can watch the video here. She is such a lovely speaker and I enjoyed hearing her words spoken aloud.  Both forms of this essay are powerful and I urge you to consume the one most easily accessible to you.

This is the book that I want to give to everyone I meet who claims they don’t understand feminism and the vast differences in how women are treated in daily life. This is the essay everyone needs to read/hear.  Mandatory reading material.

END_OF_DOCUMENT_TOKEN_TO_BE_REPLACED

This week on Top Ten Tuesday, hosted by The Broke and the Bookish, is Top Ten 2016 Releases I Meant To Read But Didn’t Get To (But TOTALLY plan to). It’s a mouthful, I know. There’s also probably more than 10 books on this list for me… But I’ll start with the ones I have on my actual bookshelf.

Books That I Do-Not-Own Yet

Have you read any of these books? Where should I start? What’s on your TTT?

It’s the last Top Ten Tuesday of the year! Thanks to The Broke and the Bookish for hosting another great year of Top 10s! This week’s topic is Top Ten Best Books Of 2016 (you choose — best books overall of what you read regardless of pub date, of a particular genre, 2016 debuts, 2016 releases, etc).

This is going to be a hard one, folks! I’ve read a lot of 5 Star books this year so I’ve decided to make them into categories!

Favorite Trilogy (I’ve Read the Entirety of This Year)

What’s on your TTT this week?

Can you believe next week is already 2017? I’m so glad this year is almost over!  Looking forward to another amazing year of books! 🙂

Thanks to The Broke & the Bookish, I am now thinking about all the wonderful books that will be gracing bookshelves in the beginning of 2017.  I’m not sure if this is a good thing or a bad thing because there are so many! If you couldn’t tell, this week’s topic is Top Ten Books I’m Looking Forward To For The First Half Of 2017. But really, must I pick only 10? THAT’S SO HARD.  Well, here goes.  Let’s see how I do.

Note: I did not choose any debuts since that will have its own TTT in the next month.

There was no way I couldn’t do 15 books for 6 months.  These posts should really be split into quarters not halves.  Anyway, that’s my list! Do we have similar books?!

What are you looking forward to next year?

This is my first Top Ten Tuesday in MONTHS.  Sorry about that folks.  I’ve been missing it, too.  Anyway, Top Ten Tuesday is hosted by The Broke & the Bookish and this week’s topic is Top Ten New-To-Me Authors I Read For The First Time In 2016.  New to me is a little tricky to work with because I hear about a lot of authors being a book blogger, however, there are some that I have never heard of and I’m going to do my best to pick those.  And as a rule for myself, I did not pick any debuts .

And that’s a wrap folks! Who’s on your list?!

Tormented by the fate she condemned her mother to, and by the lies she’s forced to tell to cover it up, Adele scours Storm-ravaged New Orleans for the truth about her family’s magical past. But every turn leads her back to the one person she’s determined to forget: Niccolò Medici. Not even the multitude of enchanted locks on the attic door trapping Nicco within can break their connection.

Sensing Nicco calling to Adele, Isaac tries relentlessly to keep her from exploring paths too dark that would endanger them all. But a new threat is rising: the Medici’s presence has attracted something else to New Orleans…an older enemy, one that will bring Isaac’s haunted past to life, test the witches’ friendships, and jeopardize Adele and Isaac’s blossoming relationship.

In this spellbinding continuation of The Casquette Girls saga, Adele must draw on the past—from seventeenth-century Florence, a time bubbling with alchemy and fraternal betrayal—and sort history from fantasy if she is to have any chance of saving her mother, her coven, and her magic.

I ADORE this cover and it matches so well with the first one!

Look at how awesome they look together!

Add it to your Goodreads. Pre-order it on Amazon.

Alys Arden was raised by the street performers, tea leaf-readers, and glittering drag queens of the New Orleans French Quarter. She cut her teeth on the streets of New York and has worked all around the world since. She either talks too much or not at all. She obsessively documents things. Her hair ranges from eggplant to cotton-candy colored. One dreary day in London, she missed home and started writing The Casquette Girls.

Her debut novel garnered over one million reads online before it was acquired by Skyscape in a two book deal. Her second book is due out winter 2016.

Alys is represented by ICM. And she still plans to run away with the circus one star swept night.

About Just Another Belle 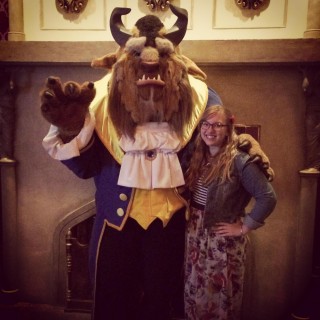 I love expressing my creativity whether it's through writing or throwing paint on a canvas. I am obsessed with coffee and peanut butter; no, not together. I want to travel the world and explore new places, preferably with having done research beforehand. Maybe one day I'll be in the media field working to change gender stereotypes or I'll be writing about strong female characters. Preferably both. At the same time. While traveling (bringing my own peanut butter, of course) and drinking lots of coffee. This girl has dreams.